Help! My mom has borderline, Part 3 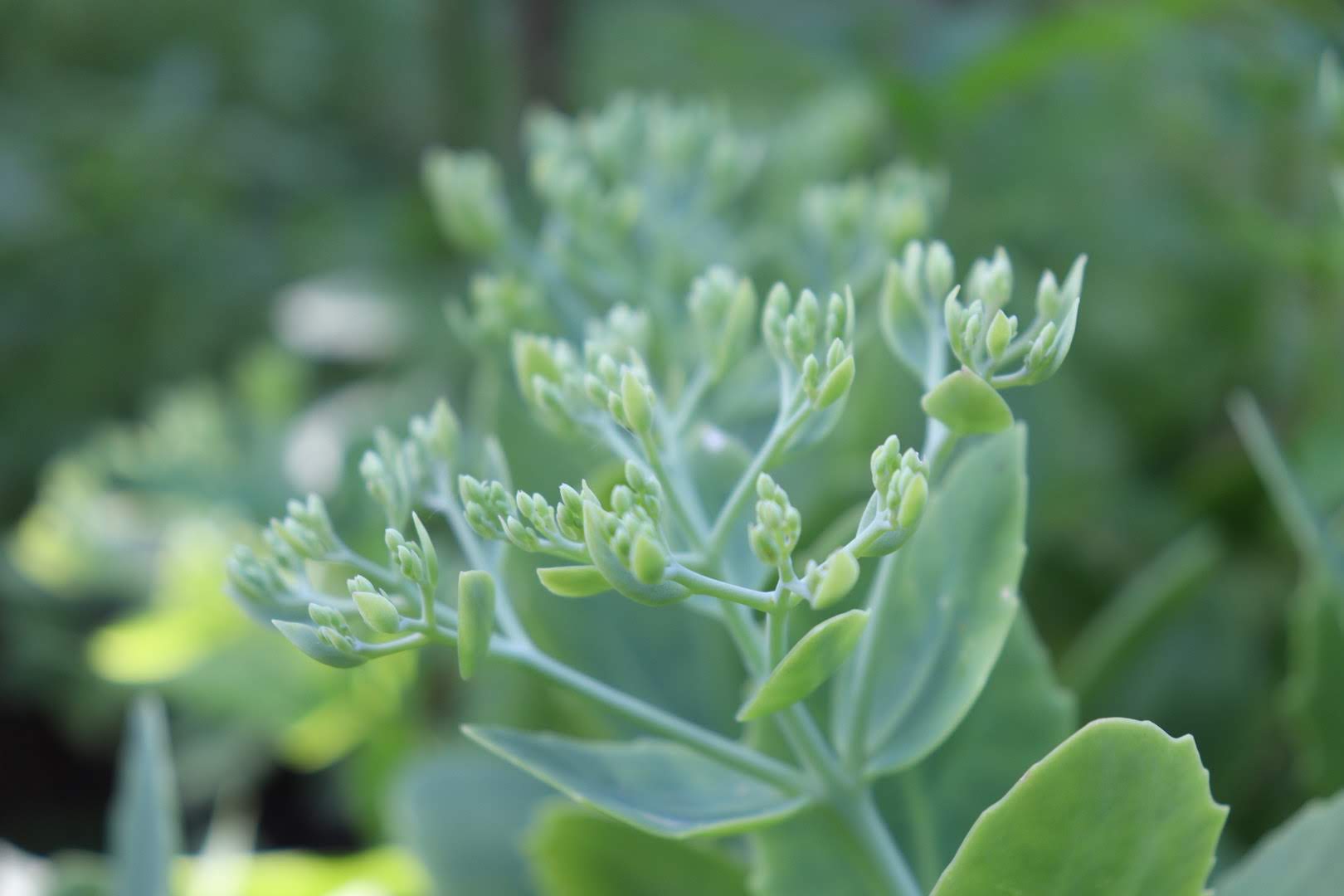 In this article, I would like to explain to you what effects a borderline personality disorder (BPD) in a parent can have on children.

In part one, I gave general information about borderline personality disorder. In part two, the parenting behavior of mothers with BPD followed. This article is going to describe the effects on the children, and in the last part I describe both the risk and protective factors in children of mothers with BPD. Because it is important to mention that, even if it may sound like it here, children can also come stronger out of such a childhood.

Since it is mostly women who are diagnosed with BPD and still spend most of their time at home with children today, I will be talking about mothers with BPD in this article. Of course, this also includes fathers or non-binary parents who have BPD.

It can happen, that mothers do not care for their children appropriately. They usually aren’t able to be so because of their own problems.

The children often experience an additional burden of tasks in the family, which they have to take on. They often puts their own needs in the background. A so-called parentification can take place here. The child takes on the role of the parent and takes care of the siblings, for example. Parentification was particularly evident in role-playing games. It often turned out that the relationship between mother and child was difficult.

There is still a lack of adequate support from the health system to provide appropriate care for children of mentally ill parents and to be able to explain the mental illness of the parent to them in an age-appropriate manner.

When mothers are inpatient – that is, in a clinic – the children feel alone and a lack of love and care. This can trigger disappointment and anger. Then, when the mothers come back, the children worry that she might soon have a relapse. As a result, they behave more cautiously and considerately in order to protect the mothers.

A small study found that the children were not able to develop in an age-appropriate manner due to experiences in the family.

Children with a mother with BPD experience her as unpredictable and unable to understand her. This can frighten and confuse them. They may feel helpless and alone.

At the same time, the children feel guilty about their mother’s illness. They experience the topic being taboo in the family and then live this also out on the outside. This means that they usually do not tell anyone about their mother’s illness, but deal with the situation themselves. This has to do with the fact that they want to show loyalty to their mother. The taboo can lead to the children being more likely to isolate themselves.

So-called conflicts of loyalty can also arise with the parents if the children are given the feeling, or they have it themselves, that they have to choose between their parents.

It was also found that the children had fewer friendships, difficulties in distinguishing between fantasy and reality, and finding reasons for emotions.

Children find it difficult to express their feelings and thoughts. They have learned to put them to the back to meet the mothers’ needs. They often doubt the truthfulness of the statements made by others.

By living with a mother with BPD, the children gain, among other things, the ability to decode hidden information behind emotional messages. As adults, this can lead them to try to see motives behind every behavior of others.

Children often find it difficult to let go of control well into adulthood. Instead, they are constantly busy with a risk assessment. They had to learn to read their mother’s mood and then adopt this as a survival technique.

In part, the children take over the mother’s split on themselves. They then have a distorted perception of themselves and their own perceptions.

“All good” and “only bad” child

The “only good” child is often parentified. It does not manage to reject the mother’s demanded closeness. They are afraid of becoming like the mother, they associate feelings with BPD, so they prefer to suppress them.

The “only good” children often suffer from depression and anxiety.

“Only good” children are often performance-oriented and conscientious.

When they witness abuse from the “just bad” children, they use defense mechanisms such as denial and sublimation (neutralizing socially inappropriate behavior).

The “just bad” child often develops self-loathing. As a result, many of these children use drugs at an early age and engage in self-injurious behavior. However, by behaving in this way, they reinforce the mother’s assumption that they are “just evil,” thereby reinforcing their own self-image.

Sometimes the “just bad” children become insensitive to pain because of the repeated abuse by their mother.

Due to the chaos in the mother’s life, there is a good chance that the children’s lives will also be emotionally and financially chaotic.

“Only good” children often do not develop BPD, while “only bad” children are more likely to develop it.

Children of mothers of different types

I described the different types of mothers with BPD in more detail in the first article.

Children of the “neglected child” type

The children often feel restricted by being overprotected. They have no opportunity to develop healthy relationships with other adults because of the mother’s fear of losing the children. They often feel hopeless and inadequate because of their mother’s assumption that life is difficult.

The children often become immune to the mood swings of the mothers and then either feel manipulated by them or downplay them.

Children often feel more like adults than children. They are parentified and suppress their own emotions in order to be able to satisfy the mother’s needs. On the other hand, it can also happen that the children develop anger towards the mother.

Often the children have learned to take care of themselves. They either defend themselves against their mother’s passivity, or they take advantage of it. Often they have not learned how to deal with hazards appropriately and accidents can easily occur.

As soon as children are cared for from others, they usually have problems with authorities because the mothers have given them too much freedom. Parentified children, on the other hand, have difficulty being dependent.

Children of the “Hermit” type

Anxiety is normal for those children, which is why they are unable to distinguish between healthy and unhealthy fear. This can lead to children not even taking their own pain seriously. Some children take over their mother’s fears, others defy her and thereby find themselves in dangerous situations.

Children of the “queen” type

Children of this type often feel abused and manipulated by their mothers. Sometimes the hysterical behavior of the mother can frighten the children. Other children, on the other hand, learn not to be infected without knowing what the truth is. It is therefore difficult for them to distinguish between a real physical problem and an emotional one.

Children born to mothers of this type also often experience shame due to the mothers’ greedy behavior.

If the children want to become independent, they have to fight very hard against their mothers. Younger children often engage in repressive (avoidant) behaviors such as thumb-sucking, tantrums, etc. to get attention.

Children of the “witch” type

Children of mothers with the “witch” type are most at risk. Unfortunately, many do not manage to overcome their fear in the course of their lives.

As a child, they were usually able to judge exactly when their mother would turn into a witch and at the same time the situation remained unpredictable for them. They are therefore constantly trying to find out the mood of the mother. The children are therefore also cautious and suspicious of other people.

The mother’s desire to be closely connected to the children can overwhelm them. Children often cannot trust their mother’s love.

Only “good” children may not perceive their mother as a witch at all, only “bad” children all the more so.

The attacks of the “witch” are often repressed by children, but not the signs of a change in mood.

Children of witches survive childhood because they have learned not to show their feelings, to turn invisible, or to constantly fight.

In summary, children born to mothers with BPD respond in different ways.

They experience their childhood as insecure, attachment figures as unpredictable, and therefore often have a difficult start in life.

At the same time, positive qualities can also be found from all the negative experiences. Therefore, in my next article, I will address both the risk and protective factors in children born to mothers with BPD.

Thank you for reading and have a nice day.