Help! My mom has borderline, Part 1 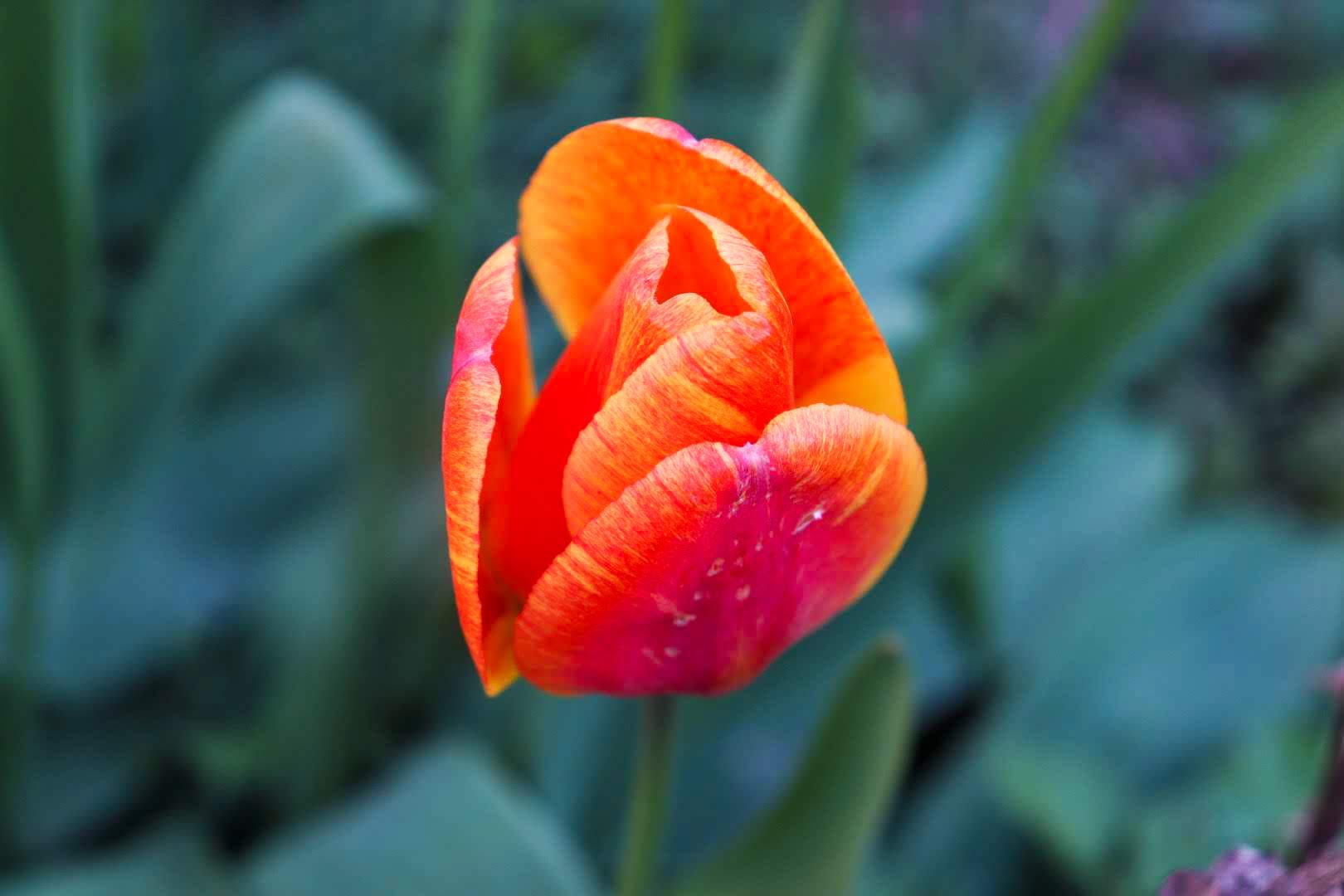 “The children of borderline mothers are cursed by the darkness that is within
of their mothers, and that the others often only realize when it is too late.”

Borderline Personality Disorder (BPD) is widespread, affecting approximately 1.6% of the general population. BPD is most commonly diagnosed in women, with a distribution of approximately 75% to 25% men. Therefore, it can be assumed that there are very many children living with parents with BPD.

I have already been able to gather some impressions from my work in social services, but also from my personal experiences with a mother with BPD. So in this article, I want to focus on specific types of mothers with BPD.

Since it has always helped me a lot to understand what causes my mother to behave like she did and does, this article will focus mainly on behaviors and backgrounds. The next articles will address the general challenges, but also the protective factors, i.e. the aspects that can help children in such families.

Since women are the main people diagnosed with BPD and still spend most of their time at home with children today, I will be talking about mothers with BPD in this article. Of course, this also includes fathers or non-binary parents who have BPD.

Different types of mothers with BPD

Lawson (2015) has identified different types of mothers with BPD. You can often tell which type someone mainly belongs to. Overall, however, every person is individual and therefore also has parts of each type in them. Even “healthy” people have parts of the types in them.

The neglected child is mainly characterized by helplessness. This evokes caring and compassion in others. She complains constantly, but cannot accept help that is offered. The message to the children is – Life is hard! Through the experience of being a victim themselves, mothers of this type enjoy helping others.

Mothers of the neglected child type do not want to be dependent under any circumstances, but at the same time they need outside approval. As a result, they are very afraid of rejection.

They perceive negative feelings more clearly than positive ones, which is why they tend to become depressed and socially withdrawn. They tend to have unstable relationships and often work in helping professions.

As mothers tend to be passive and helpless, this leads to children not being able to trust their mother and having to fend for themselves. The mother often vacillates between spoiling and neglecting.

A positive characteristic of mothers of the “neglected child” type is that they are very helpful, which also teaches the children that willingness to help is important, in order to help themselves. The mothers can also be very loving with the children.

Children often feel restricted by these mothers and have trouble establishing good relationships with other adults. The children, like the mother, can feel hopelessness and inadequacy. Mood swings are soon no longer taken seriously and tend to be downplayed.

They feel like they can’t do justice to the mother. Children born to mothers of this type then act more like adults, paying less attention to their own needs and more to those of their mothers. Anger towards the mother can also develop.

If the mother is passive, depressed and cares little about the children, accidents can occur at home in which the children endanger themselves.

The hermit is mainly characterized by fear. Others, therefore, also feel fear or concern when dealing with her. Mothers of this type is very afraid to socialize and trust other people, as she does not want to be hurt. The message to the children is – the world is dangerous.

Mothers of this type seem withdrawn. They define their self-image through the outside (work, hobbies, …). Hermits also tend to have unstable relationships because of their jealousy. They often work in intellectual or creative professions.

Hermits are controlling and possessive. The relationship with the children can be symbiotic, that is, strongly dependent on one another. If the hermit chooses a “good child”, this will be overprotected, while a “bad child” will be disparaged. The mother often only takes care of the children, her life revolves around that. In doing so, she prevents the children from discovering things for themselves and becoming independent.

A positive characteristic of a hermit is that she usually gets her everyday life very well-structured. In this way, children learn what a functioning daily routine can be like. Since the public image is very important to her, the performance of the children is also important to her. This can lead to the children of hermits doing well in school and at work.

Children born to these mothers can become paralyzed, their self-confidence eroded by the mother’s message. They find it difficult to learn to be independent.

For the children of hermits, fear is normal, they are afraid without knowing why. This can mean that they no longer perceive their own body signals (such as pain). Children either feel very responsible for their mothers into adulthood, or they rebel against them.

The queen feels empty because of experiences of a deficit. She intimidates others and tries to attract attention. Her message to the children is – it’s all about me. Queens have a low frustration tolerance, which means they think and act impulsively. This can be both external and internal. Therefore, queens either harm themselves (through drugs, self-injurious behavior, …) or their environment.

Queens appear boastful and dramatic in company. They act more like in a game and see others as characters with whom they can do whatever they want. On the outside, queens can appear positive and leave a good impression of themselves. They suppress their own feeling of emptiness. They tend to be in superficial relationships and quickly end them or start a fight as soon as they feel that person is no longer on their side.

Queens expect their children to function the way they expect them to. They also use the children to get recognition and praise from others. Queens can’t see children for who they really are. They often react hysterically and impulsively, which makes them unpredictable for the children.

Mothers of this type attach great importance to the external effect and their appearance. This will make them stand out and be liked. For children, this can be partially beneficial, as they are so well-connected. Queens would therefore do everything to make their children look good. They take good care of the children and ensure that they receive a good education.

Children of queens feel manipulated and abused. Because of their mother’s impulsive behavior, they live in constant fear. At the same time, they learn not to be infected by hysteria without knowing what is true.

Here, too, it can happen that they can no longer correctly assess true physical symptoms. Children of queens are also often ashamed of their mother’s greedy behavior. You have to fight hard to become self-reliant. Younger children try to get their mother’s attention, while older children tend to rebel against her (this too is – negative – attention!).

With the witch, anger is the dominant emotion. In her own story, she has experienced that she is evil and lives this belief. In others, therefore, their behavior leads to submission. She clearly shows that whoever is not with her, is against her. Her message to the children is – life is war.

Moms of this type need to feel power and control in order to relax. They quickly recognize the weak points in their environment and use them for their own purposes. When they have found a victim for their own anger, they look for allies, to whom the witch’s version then appears believable.

Witch-type mothers want complete control. For this they use psychological, but also physical abuse. When children evade control, it triggers survival anxiety in them. They may also deprive children of what they need. This can range from love to food to medical treatment.

There is also a positive side to witches that can have a positive effect on children. Witches also fight for their children, which in turn gives them a sense of worth.

Children of the witch often live with a fear all their lives. You can judge exactly when the mother “turns” into the witch. At the same time, the mother remains unpredictable and the children powerless. Most of the time, the children do not understand that the mother can only have the relationship with them, that she has experienced herself. Also, that the children’s existence can sometimes be a threat to the mother’s own existence.

If the witch sees a child as “good,” the child may not see the mother as a witch at all. She only shows her destructive behaviors towards the “bad” children. “Good children”, on the other hand, are in danger of being taken over by their mother and thus cannot become independent.

What is difficult here is that the mother only becomes a witch when she is alone with the children. So the children always have the feeling that nobody would believe them anyway if they told it. Due to the unpredictability they experience at home, children are always on the alert in other situations too.

Children always try to find an explanation for their parents’ behavior. Unfortunately, they usually find this explanation within themselves, since the parents always have to be good, because of evolution. After all, the children have to rely on their parents for care. Therefore, children of witches also look for the source of their mother’s behavior in themselves. Some children defend themselves against their mother’s outbursts. However, children born to mothers of this type are more likely to self-injure themselves. Many children survive infancy because they have learned to become invisible, not show emotions, or fight constantly.

So why is it important for children to be able to classify the behavior of their parents?

Personally, but also in my work, I have experienced that a declaration can change everything. It can make it clear why the situation is the way it is. It can show that you are not alone, evoke compassion and make the situation more bearable.

I therefore found the classification into the different types of mothers with BPD to be very helpful.

If you have now read the types, you have certainly already got a feeling for them. If you are affected yourself, you may even be able to say relatively quickly and clearly where you would see your mother or father.

Since, as I said, an explanation always helped me to come to terms with the situation, I also find the classification very important. I’ll come back to that later, and then you’ll understand why it can help you

I’ll leave it at that for today

I hope you can process all the information well. If you have any questions, please write me in the comments.